Digital finance in the Central African Republic (3): from mine to currency and wallet DiamaaGold launch Digitalgold sale

Digital finance in the Central African Republic (2): a disappearing treasure 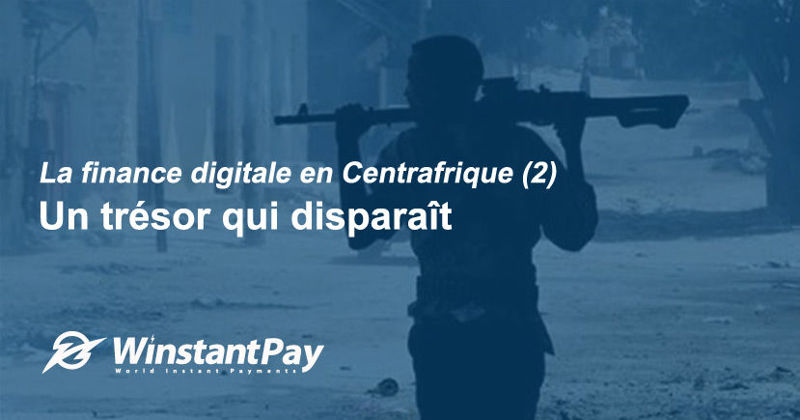 Digital finance in the Central African Republic (2): a disappearing treasure

In the Central African Republic, revenues from mineral resources tend to vanish in the informal economy and escape both the authorities and the producing communities. While the security situation has improved, the authorities are still struggling to bring in foreign currency.

The Central African Republic is a poor country sitting on a treasure. But it disappears before benefiting the country. Most of the revenue from the mining sector escapes both the communities that generate it and the Central African state that oversees it. Much of the Central African treasury is lost in the informal economy, and the informal exploitation of gold and diamonds in the country has never ceased. These precious minerals arouse envy. In 1973, the Central African emperor Bokassa offered a diamond wafer to the Minister of Finance who was to become President of the French Republic. They fuel rumors. A fifty-seven carat diamond estimated at US $ 400,000 was discovered in 2015. They stir up hatred.

In recent times, rivalries and inter-community conflicts have been the main reasons for the flight of the treasure. In 2013, to finance their antagonism, the Séléka and anti-balaka armed groups engaged in a particularly lucrative predation on the minerals sector. In order to contain it, the country was prohibited from legally exporting its rough diamonds by the Kimberley Process (PK).

In the Central African Republic, this predation is endemic, favored by the conjunction of several factors whose effects are linked. The geological situation generates an abundance of gold and diamonds which are relatively easy to access. The ratio of light weight to high value of gold and diamond ensures discretion in transactions. Their exploitation generates an informal economy whose procedures are controlled by armed groups. Authorities are struggling to identify and manage illicit flows, thereby letting potential public revenues escape.

When the country's security situation improved in early 2015, the lull allowed the CAR to experience growth in its mineral production. Thus, the upsurge in gold activity had the effect of increasing production. Formal gold exports increased significantly. However, despite these encouraging results, the majority of annual national production is still illegal, representing around 95% of the market. For the State, the shortfall remains considerable. In 2018, the mining sector represented 0.2% of GDP, far from the 7% in 2007. The authorities are therefore struggling to bring in foreign currency because of the informality of the gold and diamond market. The rue de Bangui rustles with these rumors of exchanging suitcases of dollars for ingots of molten ore or batches of rough diamonds which are discreetly leaving the territory. By road or by plane, gold and precious stones leave the country through permeable borders.

The Central African authorities are not inactive. To combat the embezzlement of gold and precious stones, the government has taken significant steps to bring the mining sector closer to the formal economy. For example, the issuance of permits is part of successive campaigns to register operators to make artisanal mining licenses more accessible.

This policy is essential insofar as mining is the condition for maintaining the economic condition of many inhabitants of the country. More than 90% of mining activities are of the traditional artisanal type, because the deposits are not well suited to mechanized exploitation and because of the crisis, foreign investments are rare. Especially thanks to its informal sector, mining constitutes the main source of subsistence, often survival, of a large proportion of the Central African population: 35,000 artisanal exploiters, 270,000 miners, 30 billion CFA francs per year annually. in rural areas, 45 billion CFA francs for the secondary economy, indirect income for more than half of the population.