Why invest in gold ? 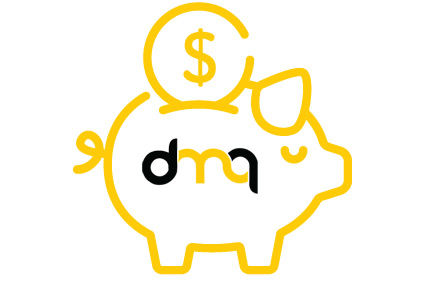 Gold is recognized as a reserve asset. It is an investment solution that improves returns, offers diversification, protects against inflation and enjoys high liquidity.

During times of growth and economic crises, unlike other commodities, gold is de-correlated from other assets, which protects investors from tail risks and their impact on capital or wealth.

In times of systemic risk, investors look for liquid assets to minimize their losses, which benefits gold.

Gold as a traditional monetary asset, has always been the benchmark of currencies until the abandonment of the gold standard by the USA.

To strengthen their position against the dollar, the central banks of some countries are considerably increasing their reserves. During the 2010s, Russia, China and other emerging market countries, especially in Eastern Europe, significantly increased their reserves.

As a result, gold is the third largest reserve asset in the world after US dollar and euro reserves. It is used as collateral in financial transactions or in the case of liquid assets like public debt.

Thus, the average daily transactions on the world gold market reach between 100 and 200 billion, in particular on the futures, OTC, ETF markets.

Gold is currently trading at its highest level since 2013. The uptrend is expected to continue as a risk offset in fiat currencies.

From mine to mint and wallet

"We have a lot of wealth ... The African continent should be able to give aid to others if we base ourselves on the immense resources that we have" (Mr. Nana Akufo-Addo, President of the Republic from Ghana 04 December 2017).

From the vastness of Africa's gold resources to their materialization in development projects, there are many investment opportunities for individuals and institutions.

The historical process of making money “from mine to money” to wallet summarizes the chain of possible investments. Originally national currencies, pure silver and gold were used to mint coins of a particular effigy.

The rise in the price of these metals, coupled with the hoarding of coins and subsequent shortages, led to the official withdrawal of first gold and then silver.

These metals are now strictly reserved for the manufacture of bullion and collector coins, while most standard coins are made of copper, nickel, zinc or a combination of the three.

Going back to the sources of money, the abundance of gold in Africa can be leveraged by digital finance to generate investment.

The disadvantages of physical gold

Investing in physical gold can have its downsides. Digital gold is an advantageous solution to avoid these constraints.

Physical gold has always been a symbol of wealth and an investment opportunity to protect savings, hedge the impact of inflation, and offset high risk investments.

Investing in gold is efficient, but physical gold is difficult or expensive to store, transport and maintain.

The provenance, refining and shaping of physical gold can give rise to legitimate questions.

The advantages of liquid gold

Digital gold or liquid gold is an investment option in gold that overcomes these constraints.

The idea is not new. Since 1990 numerous gold-based digital currency initiatives have developed.

Most quickly disappeared due to a lack of legality and transparency in their process.

More recent initiatives have developed by leveraging the tools of digital finance and Blockchain.

By analyzing the risks of some and the contributions of others, digital gold is a relevant solution in countries with significant gold resources, particularly in the Central African Republic.

What does it mean to invest in liquid gold?

The principle is old and is inspired by gold certificates, issued in the United States between 1873 and 1933, exchangeable for gold on demand.

Digital gold is therefore electronic money based on mass units of gold and supported by physical gold via allocated or unallocated storage.

Transactions are easy. Anyone can invest in digital gold online at the customer's convenience, in any quantity, at any time, in any fiat and crypto currencies.

The investment is divisible. No need to save to buy a gram, an ounce, an ingot. Anyone can buy gold for very small amounts.

The question of storage is resolved. No more security chain, digital gold is based on physical gold kept by us.

Liquidity is increased. By buying at any time and at will, the liquidity problems posed by physical gold - custody, quality, trace of transactions - are solved.

The fees are non-existent. No taxes or manufacturing and resale fees. The amount invested is exclusively in gold.

The investment is safe. Each integrated liquid gold fraction is backed up by real physical gold, isolated in a dedicated safe, thus avoiding risks.

How to invest in liquid gold?

With the support of government authorities, DiamaaGold digitizes the gold mined by artisanal mining by cooperatives and local producers and the gold still to be mined from the subsoil by creating stablecoins.

Once the stablecoins are created, DiamaaGold sells digital gold at retail on the buyers' wallet as well as on a Blockchain or non-Blockchain ledger.

Given the riches of the subsoil of the Central African Republic two stablecoins are created.

An AUT Gold Trade stablecoin is guaranteed by the stocks of gold mined by the producers and then stored with one or more approved depositories.

An AUJ Gold Jäger stablecoin is matched to the value of gold and guaranteed by gold to be mined from concessions granted by the government.

The use of the Blockchain by DiamaaGold ensures the transparency of transactions and leads to the formalization and control of the market that authorities often lack.

The digital gold sold on the markets generates fundraising to invest in mining while bringing investments to the State which can thus extend its fiscal authority over the mining sector.